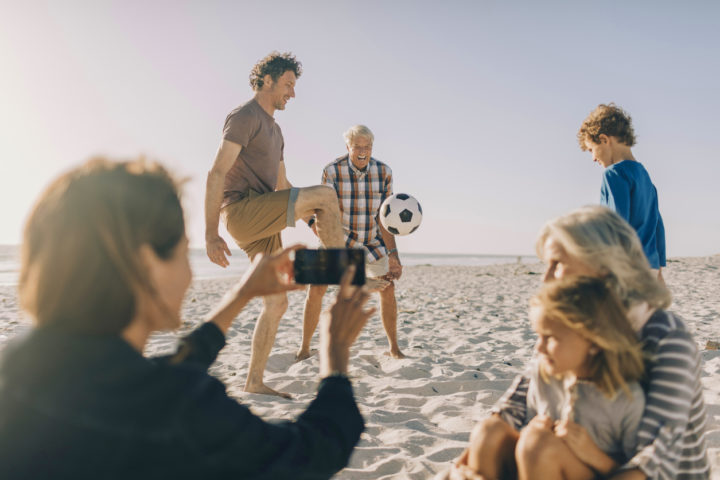 Like every week, we have prepared for you a top 10 of the best publications posted on Facebook by brands. Which brands have the Facebook algorithm? The answer in this article !

Last week was marked by the start of Paris Fashion Week, the Wimbledon tournament, the Tour de England and the results of the baccalaureate! Have the brands congratulated the new graduates? We will surely have some answers in this top 10! 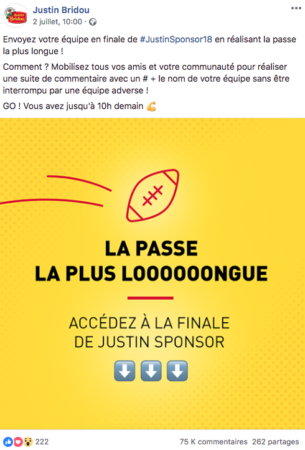 On the occasion of the 2018 edition of Justin Sponsor which allows an amateur rugby team to win 1 year of sponsorship, the CM of Justin Bridou saw things big with the organization of a competition where the goal was to create the longest comment chain without being interrupted by another team! The result is amazing with more than 80k comments generated! 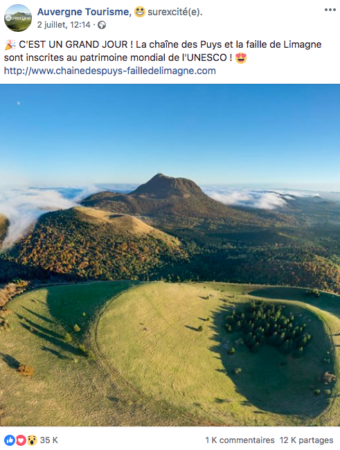 The CM of Auvergne Tourisme is excited and we can understand it with this announcement. It is not every day that a place in its region is declared a UNESCO World Heritage Site! 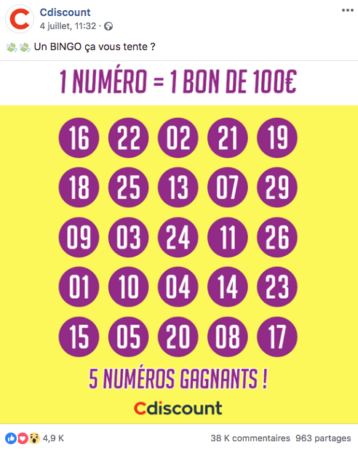 How about playing bingo? The Cdiscount page was in a good mood this week with 5 € 100 vouchers hidden behind 5 different numbers. 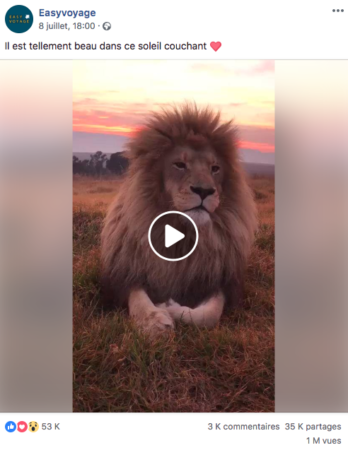 A sunset + a face to face with this majestic animal of the savannah = a cardboard box insured for Easyvoyage and more than 1 million views on this video! How beautiful nature is when it is peaceful. 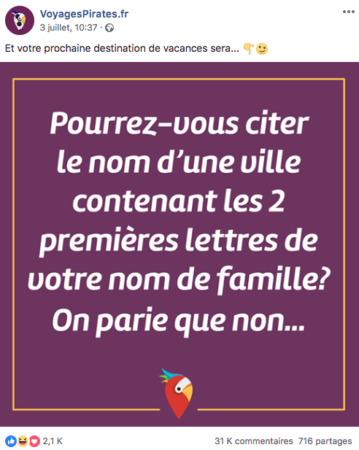 The holidays have started well for the travel pages. The Pirate Travel CM asked fans of the page this week to name a city containing the first 2 letters of our last name. The least we can say is that the fans do not lack imagination and we could find in commentary more or less original destinations! For example, are you more Meaux or Venice? 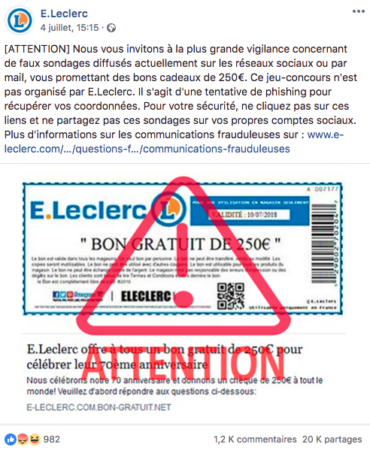 This is a guy we rarely see in our top 10. Leclerc alerted his fans this week to phishing attempts that appeared online, masquerading as the brand. The message went well with more than 20k shares. We can no longer say that we were not aware! 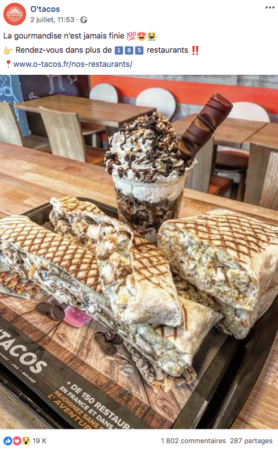 O’Tacos has passed the bar of 185 restaurants in England. The CM posted a classic this week, namely a full-bodied menu mixing sweet and savory, to the delight of its community! 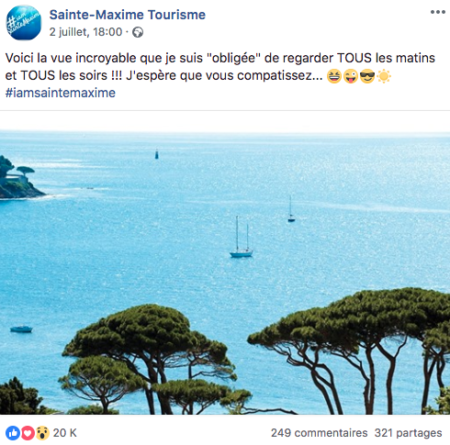 We would all like to be able to use the hashtag #iamsaintemaxime when we see the view proposed by the Community Manager of the page! It’s a luxury that isn’t just for everyone. The most important city in the Gulf of Saint-Tropez makes its very first appearance in our top 10, congratulations! 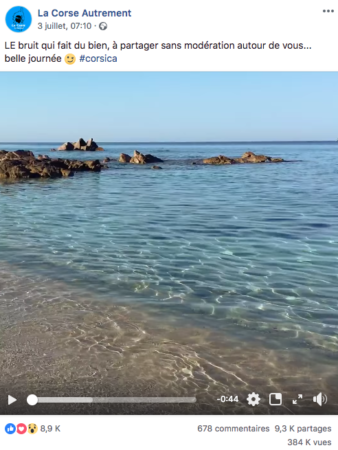 We quickly understand that the summer season is launched since the tourism pages occupy half of the places in our ranking this week. The Community Manager of the La Corse Autrement page is quite right: the sound of the waves is to be shared without moderation! 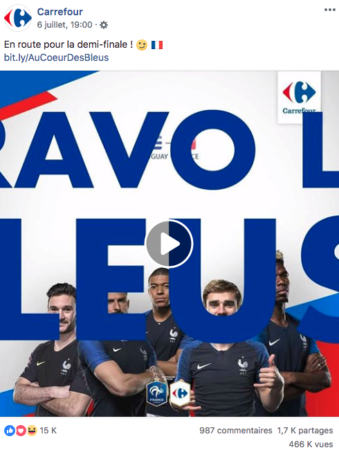 The main news of this week will not have escaped you. The French football team is in the World Cup final! His loyal partner Carrefour took advantage of this last week by bouncing on the victorious semi-final of the Blues!