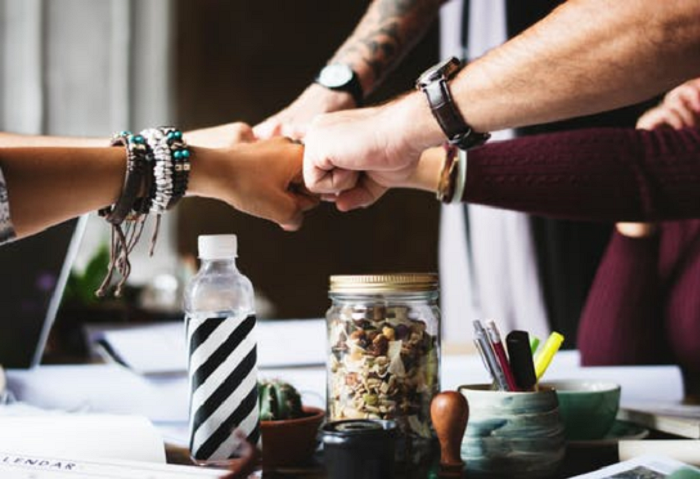 Fan pages are not the alpha and omega of Facebook. Less used, groups are however an equally effective tool, even essential in some cases. Explanations …

1. Discuss with your customers.e.s is more simple

Conversation is more free in Facebook groups than on pages. This assumption is an investigation of the New york times who confirmed it (for non-English speakers, Ganesh’s office, the agency of the author of these lines, summarized it in French). In July 2017, a journalist for the American daily newspaper joined dozens of Facebook groups and found that their members were kind to each other. An observation rather rare to be underlined, so much the public exchanges on Facebook sometimes resemble a giant pugilat.

This observation is interesting for more than one reason. As a company, it even becomes a real opportunity: enjoy the richness of Facebook without being subjected to the constraints (the violence of the exchanges, in particular).

Let’s take an example. Let’s say you run a clothing business in a big city. You could open a Facebook page to promote your store and promote your products. This in itself would not be a bad idea, it would even be a good idea … provided that the animation of the page is well done (a fairly demanding job which page administrators are not always aware of, but it another subject).

Instead of or in addition to this choice, you could (also) open a Facebook group. To do what ? well simply to be able to discuss in good conditions with your customers.e.s ! Better: for allow your customers to form … a community, united by a common interest, in this case your products.

This kind of conversations has a huge interest for you : not only does this take place at home (in your Facebook group), which allows you to read them without constraint and therefore always know better the desires and needs of your customers, but in addition these exchanges will be more serene, without violence (and, even if it means animating a community, you can share exclusive information with it). Nothing automatic of course, but the fact that a group is led by people with a certain number of common interests limits animosities. In addition, if necessary, you are always moderator and can exclude the restless if necessary.

2. Your visibility is much better

Second advantage of Facebook groups: the ” rEach ” (or litter) there is much better than on the pages. As a reminder, reach is the number of people actually reached by your publications. For example, if your page has 10,000 subscribers, each of your posts is likely to reach fewer than 1,000 of these subscribers. Sure, good examples of success can contradict this trend, but the trend is this: the competition for visibility on Facebook is such that your reach is constantly decreasing.

In this context, groups are an oasis of breathing. Blow: your publication will indeed (more) be seen by the members of your group. And this for a simple reason: Facebook group members receive a notification each time a member posts ! Of course, each participant can deactivate this notification, but the option is in itself a great visibility tool.

3. Your audience is highly qualified

Facebook groups can be open (anyone can enter it) or closed (entering it requires approval from the moderator). This closing option allows, as a brand, to keep hold of conversations within this group. Indeed, pre-approve Facebook users who can get into your group is a great way to create the conditions for the conversation be qualified.

Let’s take an example. Suppose you run a climbing club. To facilitate exchanges between members, you have created a Facebook group. It would never occur to you to accept users into your group who are not interested in this topic… nor would it occur to anyone to join this group if he / she she is not at least interested in your sport!

What works for a climbing club works for a clothing business, an e-commerce site specializing in computers. or a cabinet of sophrologists: the audience is highly qualified since all members are passionate about your subject. However, a qualified audience is necessarily precious, whether it is to communicate information in preview or to suggest ideas to optimize your services and products.