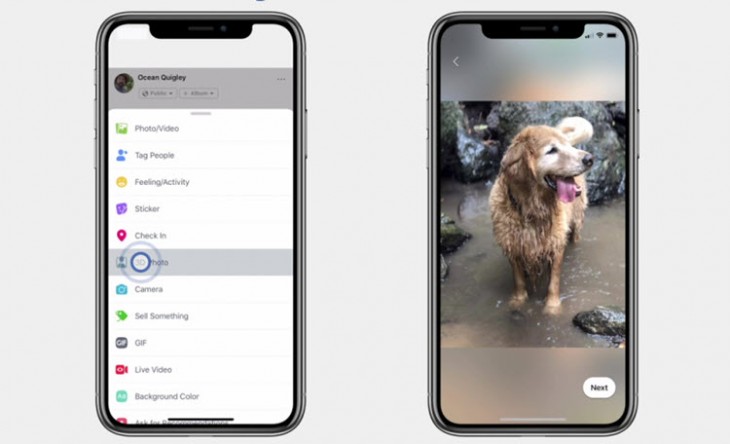 3D photos arrive on Facebook, thanks to a new system that uses artificial intelligence.

Facebook has long announced this new format, but now it is beginning to be implemented in some regions. The Facebook proposal takes advantage of the boom of mobile devices with two cameras, to play with the movement and depth in the photographs, and give that third dimension thanks to the combination of layers.

Those who have devices with these features, just have to take a picture in portrait mode, and share it on Facebook, using the option 3D Photo, as we see in the image:

Facebook compiled a series of tips on this link, to help users obtain the expected result when trying the new function, for example, keep a certain distance from the object or scene we want to photograph, make sure to get contrast in the different elements, play with textures, among other tips.

And, once the photograph is published, users will only need to tilt the device slightly to bring the images to life. As mentioned by the Facebook team, the 3D Photo option is now available as of today for those with iOS devices, and will be gradually extended to all users in the coming weeks.