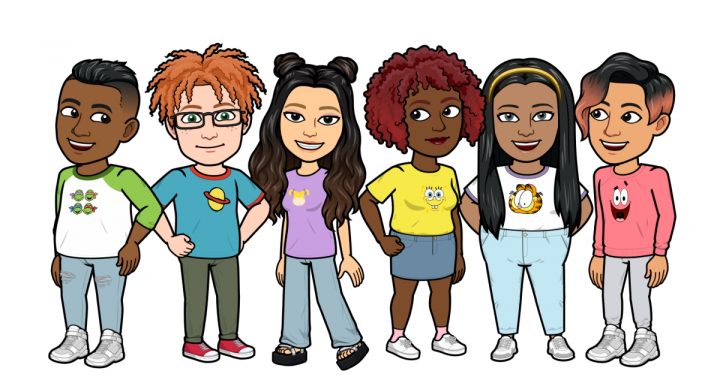 SpongeBob SquarePants, Rugrats, Garfield, Teenage Mutant Ninja Turtles… old-fashioned? Not quite ! Nickelodeon TV channel has teamed up with Snapchat to launch outfits featuring some very well-known cartoon characters once to create an avatar on Snap…

After launching new wheelchair Bitmoji avatars, Snapchat offers its users to choose nine new outfits featuring cartoon characters from the 80s and 90s, like SpongeBob SquarePants, Rugrats, Garfield and the Teenage Mutant Ninja Turtles. Avatars will appear both in chat and games, on Snap Map, or in personalized content like Bitmoji Stories.

This partnership combines two brands that embody positivity, humor and fun and is aimed in particular at Generation Z who grew up with these nostalgic characters, and who are still very much loved today. This collaboration with Nickelodeon builds on similar partnerships that Snapchat entered into in the last half of 2020, with Ralph Lauren and Levi’s for example.

Last August, Snap had indeed launched its Bitmoji “Mix and Match” function alongside Ralph Lauren. And he followed that up in December by bringing denim to Bitmoji via Levi’s.