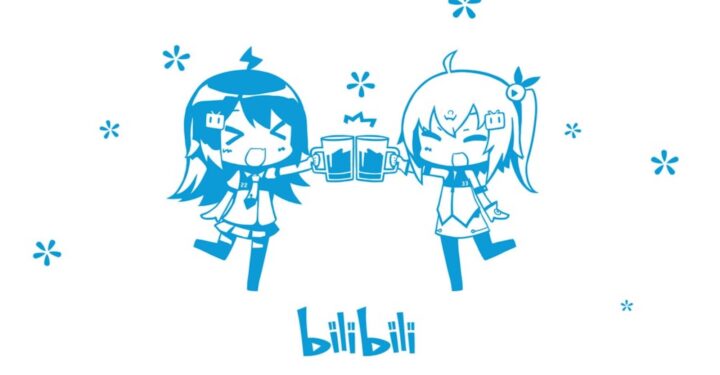 A video sharing application in China

Bilibili is a Chinese website and most importantly a video sharing app based in Shanghai, which focuses on live streaming and mobile games. It offers anime-related content to attract users under the age of 25 who post videos with their friends through bullet chatting.

The Founder of Bilibili

Its founder, Xu Yi, wanted a site similar to ACFun, only better. So he created Bilibili, 90% of whose audience is from this demographic, which appreciates active communities where people are constantly interacting online, as we do in our daily lives!

Bilibili is a super famous Gen Z platform in China that brands need to consider. The site has grown significantly since its launch, gaining popularity with young people across the country seeking to express themselves freely without restriction or fear of being judged by others online. Faced with the rapid growth in the number of visitors to Bilibili, officials decided that it was necessary to expand it. In addition to its dominant themes like music videos and dance, they also feature films on other fields including science, technology, entertainment, film / theater, fashion, everyday life, advertising. , as well as e-commerce live streaming services that allow audiences to interact with streamers. Bilibili now offers an extensive range of all these different types, which will allow viewers to have more options when looking for the content that suits them best!

Biliili is a Qualitative video platform, with long content

Bilibili saw its revenues increase by 58% last year and now accounts for 1 / 5th of the consumption of audiovisual content online. The number of internet users who watch videos has also increased by over 40 million people since the summer of 2021, making them 95% of the population of the 944 million Chinese Netizens today (December 2020). Other video formats, such as live streaming and pre-recorded movies, account for 60-70%.

When a user connects to Bilibili, it is to watch long videos.

Brands that are not familiar with the traditional marketing model will face a challenge on Bilibili. This new platform offers brands the opportunity to connect and gain popularity among younger Chinese generations. But it does require creativity, as preferences on these social media sites can quickly change if users don’t like what they see from day to day or year to year.

The keys to success on Bilibili

There is also the possibility of making native ads on the platform and even to sell, via a mini program. Read more information here.

Bilibili is the preferred destination for anime and manga lovers! The site has an engaged community that is connected by niche interests like ACG (animation, cartoon / graphic novel). Over 80% of Bilibili users are from Generation Z, i.e. people born between 1990 and 2009.

This generation tends to be more savvy when it comes to consuming digital media than any generation before it, which means they are very influential when it comes to making purchasing decisions. Some even call themselves the “Generation IO” because of their great expertise across all platforms, from TV shows to streaming services like Netflix or Spotify.

An extension to all types of videos

Bilibili is a site that offers videos of several different genres and sizes. Called “China’s YouTube”, it is unique because it offers both consumer content, such as cartoons or Hollywood movies, and niche content, such as non-mainstream documentaries (or even children’s programs). The wide range of their platform sets them apart from rival video sharing sites for uploading your own downloads. There are currently over 555 million total views per month according to Google Analytics data!

On the platform, we find there in particular influencers who produce long videos like Papi Jiang.

Bilibili has a strict access system which makes it one of the only video sharing platform in China with high standards. To register as an official member, users must complete an exhaustive questionnaire ranging from the history of the company to Japanese manga artists, among others, a process that greatly limits its growth, but guarantees the quality of the platform in the end.

The community culture of the Bilibili platform thrives in large part thanks to these elite members who use different types of media like music or games more than the average internet user. This improves the way they interact within our social network by increasing the user retention rate.

Bilibili is 弹 幕 (danmu – “bullet comments”) and it is something you will never forget.

These time-synchronized conversations are layered directly as the videos play, making them easier than ever! Danmu is the best way to experience Bilibili! Danmus allows you to access all your favorite content and take part in conversations with your friends. It’s like you’re there, but never leaving home to go to school or work, as the system syncs with videos so seamlessly we’re always connected, wherever life takes us, if only by turning off a screen while watching television at night. Thanks to the danmu system, social interactions don’t just happen on a second screen, they are literally next door when you watch a video unfold before it is streamed from anywhere in the world.

The success of the platform in China

After the success of Bilibili and its many sister sites, Xu Yi has become one of the best-known entrepreneurs in China. Forbes estimated his net worth at $ 1 billion in 2017 with a controlling stake in Bilibili. In recent years, Bilibili has become one of the most popular websites in China. As the leading video-sharing site in China, with over 300 million active users and 300 million daily page views via 720,000 videos, it is now positioned as an entertainment hub for national and international audiences. The site offers content ranging from live music concerts and animated series to television series, which can be accessed through mobile applications or desktop computers. This month, the site announced plans to expand to English-speaking countries, such as North America, to reach more international fans looking for fun Chinese-language shows on demand without subtitles.

The future will tell us if the platform will arrive in Europe and The United Kingdom.

Do not hesitate to ask them in comments.