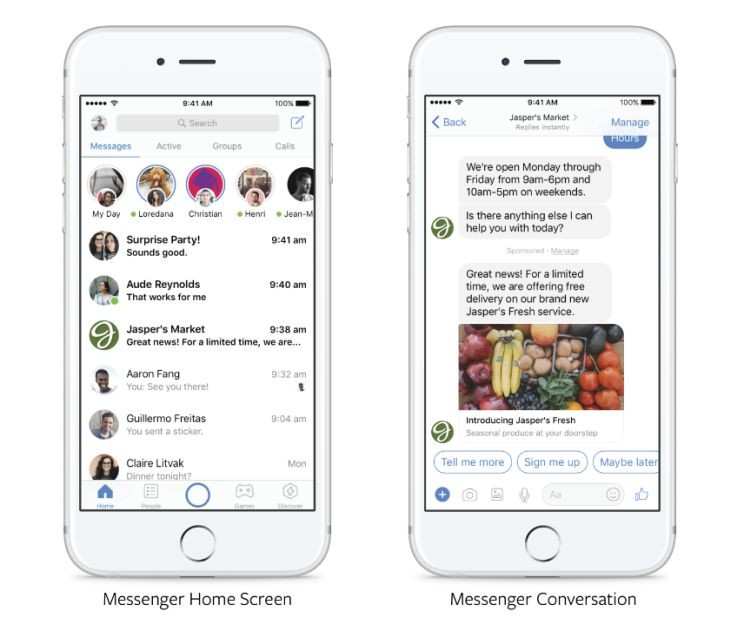 Facebook is starting to expand sponsored messages, relevant business messages which are sent to customers with whom previous conversations have already been established in Messenger.

According to the company’s statement, such messages is starting to reach more companies with the objective of be available in the coming months for all companies. Until now, sponsored messages were available to a small group of companies.

From Facebook they point out that sponsored messages will not be sent within 24 hours of the last interaction of people with companies in Messenger. Also, point to some successes of companies that have already used these types of messages, both from small companies and large companies, with what they hope that other companies can also achieve satisfactory results.

Facebook is based on the fact that in the United States, 54.4% of social network users prefer messaging channels over other channels such as email or telephone when establishing connections between people and Business.

In this regard, it will continue to offer new features. to enable these connections through its Messenger messaging service, although we already know that it is also extending these possibilities through WhatsApp, for which at the beginning of last October WhatsApp Business launched to enable companies and professionals to have their corporate accounts in this service.