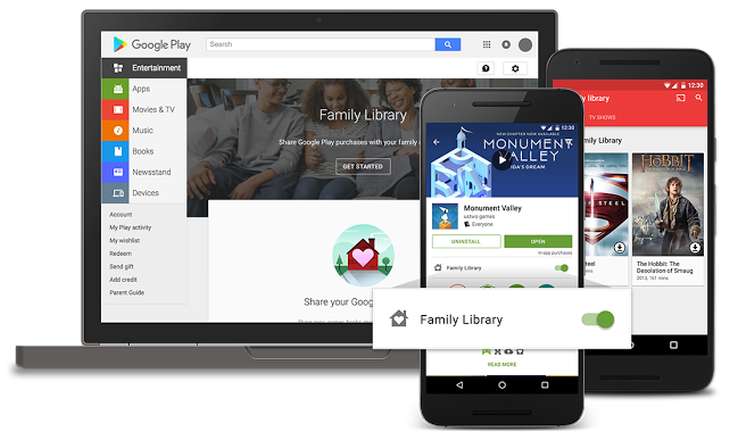 Just two weeks ago we knew that Google Play would also launch its family plan to enable users to share their purchases with up to six nearby members. While this launch was expected to occur within two weeks, it is today when it officially begins to be deployed in a number of markets.

Users, when purchasing movies, games, applications, television programs or books in the Google Play Store, can decide whether to share them in the library or keep them for themselves. If you share them in your Family Library, you will not receive additional charges.

All purchases added to the Family Library will be available on all Android devices available to family members under the plan. In the case of movies, TV shows and books, these will also be available on iOS devices and from the web, according to Google in its announcement.

It should be noted that when registering for this new possibility, users will select the credit card they will use to make purchases that they can share with the family. Google clarifies that despite this, the different members under this plan may continue to buy their things on Google Play with their respective credit cards or gift cards. Likewise, there is also the possibility of approving purchases made by the youngest of the house.

On the other hand, Google notes that it expands the family plan of Google Play Music, now also being present in Ireland, Mexico and New Zealand. Registrations can now be made also from the web.