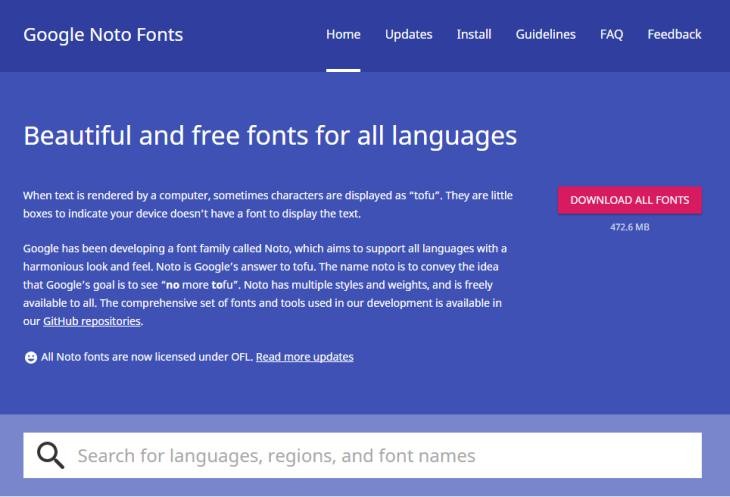 It is likely that on some occasion we have found empty squares inside instead of showing us the corresponding characters in texts available on websites.

To solve this problem, especially at a time when access to information is more global than ever, Google has been carrying out the development of a typographic family in collaboration with Monotype, Adobe and volunteer specialists in various fields in what he has called as Project Noto, whose name comes from “No more tofu”, in which tofu is precisely what the aforementioned empty squares are called.

With the Noto Project, Google has tried to create a typographic family that accommodates all possible characters included in the Unicode standard, covering more than 800 languages ​​across the 110,000 characters.

Now, five years after the association and hard work, Google makes the Noto font family publicly available under the Open Font (OFL) license, that is, now the Noto font family is available not only for use but also for its modifications and future improvements by those volunteers who wish to make their contributions.

In this sense, Google points out that as the Unicode standard incorporates new characters, they will also be introduced in Noto. Also, according to Google, the design of Noto’s characters are elegant.

In this way, Noto seeks a typographic family that seeks to be quite functional and completely neutral in a globalized world.