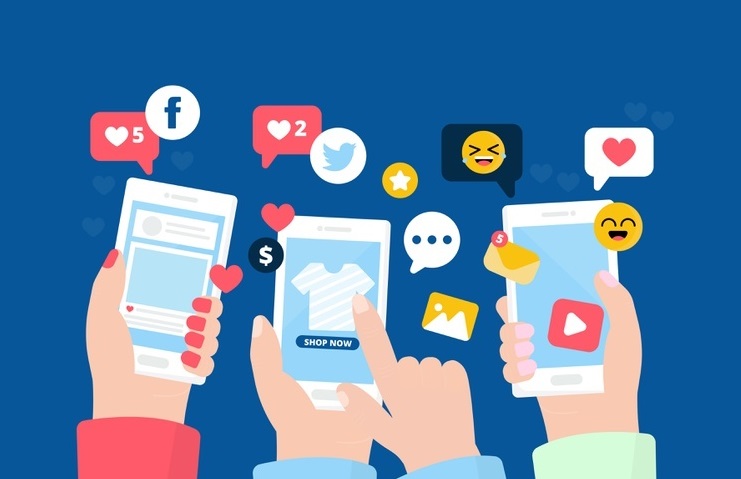 Like any good community manager, you are already thinking about your social media strategy for 2022. And you are quite right, because it is getting ready! Want to learn more about the top trends that can affect the way prospects use social media? Discover 8 2022 social media trends to watch right now …

As shopping has become even more virtual during the pandemic, social media has become an increasingly popular e-commerce platform. In the United States, for example, the number of online shoppers increased 25.2% to over 80 million. This number is forecast to exceed 100 million by 2023.

2. The development of short videos

TikTok is a social media platform dedicated to short videos. In the first three months of 2020, it was downloaded 315 million times globally, setting a record for quarterly downloads.

To compete with TikTok, Instagram launched Instagram Reels in 2020 which allows users to record and post videos up to 30 seconds long. This is in addition to Instagram’s two other video options, IGTV and Stories.

Social media is far from a new concept, but research on the subject is up 17% over 5 years. Not only is the number of social media users increasing, but the time they spend there is also increasing.

On average, people spend around 145 minutes per day on social media, which is about an hour more than in 2012.

Facebook remains the most widely used social network in the world, followed by YouTube. The platform currently has around 1.845 billion users per day and had around 23 billion total visitors as of January 2021. The average user spends around 58 minutes on Facebook every day.

Platforms are adapting to this by offering more and more short format content options, such as short videos and ephemeral content.

Searches for “social media AR” have increased by 81% over 5 years. The augmented reality (AR) market is still in its infancy, but is expected to gain momentum in the years to come.

Social networks are thus getting into the trend very early on. For example, augmented reality has been incorporated into Instagram filters since 2017. In 2019, Instagram stepped up the AR game even further with an option for users to create their own filters.

Brands that integrate the UGC have seen the number of repeat visitors increase by 20% and the time consumers spend on their websites increase by 80%. UGC images are also 81% more likely to be converted.

Ten years ago, the Craigslist classifieds site was essentially “unbundled” into dozens of separate verticals. Dozens of huge companies have sprung up, including Airbnb, Zillow, and Indeed. The same is happening on Reddit.