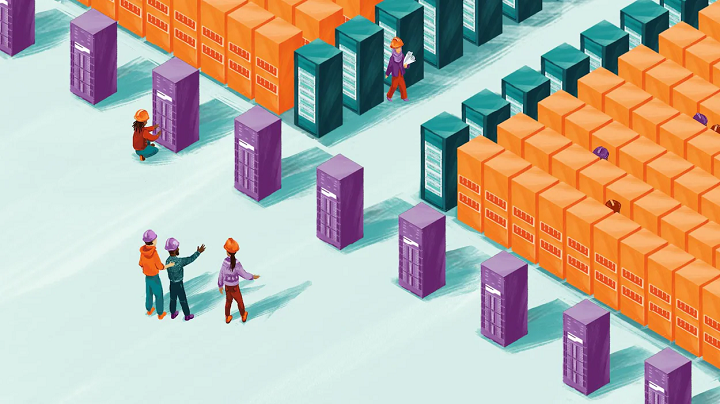 Building the biggest and most powerful computers on the planet is now a truly global competition. By the way, Meta (AKA Facebook) is about to enter this market and it is very likely to be among the 10 fastest supercomputers in the world…

“Meta has developed what we believe to be the world’s fastest AI supercomputer. We call it RSC for AI Research SuperCluster and it will be finished by the end of the year”.

“The work done with RSC will pave the way for creating technologies for the next great computing platform: the Metaverse, where AI-based applications and products will play a significant role,” adds Meta.

RSC will pave the way for Meta’s next major computing platform, the Metaverse, in which AI-based applications and products will play a key role.

Large AI models, of which OpenAI’s GPT-3 is probably the best known, are not assembled on laptops and desktops; they are the end product of weeks and months of calculations backed by high-performance computing systems that eclipse even the most advanced gaming platform.

The team that set up RSC, Pure Storage, is justifiably proud to have succeeded almost entirely remotely.

She announced that Meta had chosen the company as a storage partner to provide scalable storage capabilities to power its new AI Research SuperCluster (RSC), an AI supercomputer. Using Pure Storage solutions such as FlashArray and FlashBlade, RSC will be able to analyze both structured and unstructured data.

Work on the RSC began a year and a half ago and then in full confinement. Phase 1, which consists of 760 Nvidia GGX A100 systems (the universal system dedicated to AI workloads) containing 6,080 GPUs (Graphics Processing Unit or graphics processor), is already operational. The use of the GPU is particularly suitable for artificial intelligence applications. The system thus offers up to 20 times better performance for its traditional computer vision research efforts.

Meta said the supercomputer would be among the fastest in AI, which changes the method of measurement. Zuckerberg’s real challenge appears to be training the algorithms to moderate content in both future metaverses and the classic social network. All this with respect for privacy.

Is it important? And if so, to whom? If anyone, this might be important to the top 500, so I asked if they had any comments on this. But that doesn’t change the fact that RSC will be among the fastest computers in the world, perhaps the fastest to be operated by a private company for its own purposes.