Metaverse and digital marketing: how to prepare? -

Metaverse and digital marketing: how to prepare? 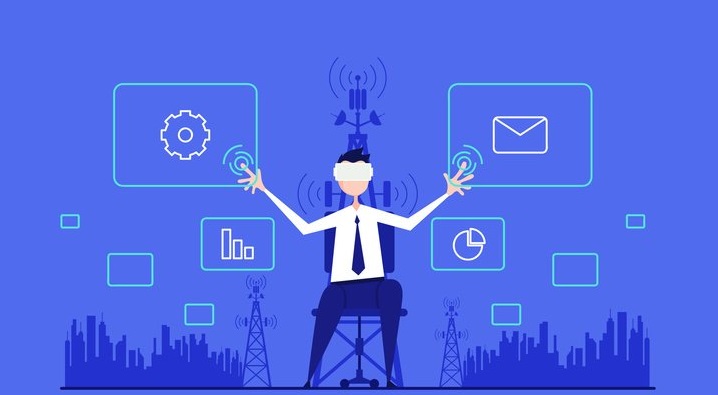 Since Facebook announced its name change to Meta, the tech space has been in turmoil with the term “metaverse”. How will this new virtual world fundamentally change the way humanity works? How will the metaverse affect marketing?

With the continued rise of virtual reality (VR) and augmented reality (AR), the metaverse is entering the internet. It is estimated that around 85 million users will experience AR or VR at least once a month in 2021.

But what exactly is the metaverse? Although the term was first coined in the science fiction book Snow crash of Neal Stephenson in 1991, its new relevance can be attributed to both change of Facebook brand in “Meta” as well as popular avatar-based games like Fortnite .

Science fiction writer Neal Stephenson coined the term “metaverse” in his book Snow crash (1991), using it to denote a computer-generated universe. This is usually a highly immersive shared virtual world where people come together to play games, socialize and work. It is also tied to the development of Web3.0, which some say will be the next chapter in the internet’s existence – a chapter built on blockchains that, theoretically, will democratize access and power and weaken grip. of the biggest tech companies.

But let’s keep it simple. A metaverse is a hyperrealistic, immersive and interactive shared virtual space thanks to the use of augmented reality (AR) and virtual reality (VR). There can be multiple virtual worlds within a metaverse, where people can engage in a wide range of activities that are the result of a mixture of physical and digital. Instead of staring at a screen like you are doing now, in a metaverse you will be able to be inside all of your online experiences, like shopping, meeting friends and family, going to a concert, filling out parties. official documents, etc.

From another point of view, it is possible to describe the metaverse in two ways.

With that in mind, many brands and marketers are starting to see the same potential behind the metaverse and that potential has reinvigorated the marketing industry.

The metaverse is that people spend a lot of time – and, sometimes, money – in virtual environments first. It’s no surprise, then, that early examples more often than not focus on one thing: video games.

The Roblox platform , for example, allows players to inhabit worlds created by other users, leaving the design to the community. They have also recently started experimenting with interactive advertisements, which give marketers a lot more freedom than product placement or just plating an advertisement at the level of a static video game. They create a blended experience that changes as players move through games, giving ads a way to come to life.

Hyundai also took advantage. The automaker has created its own Roblox level where all the cars are its own. He’s entered the Metaverse to seek a younger base on his own turf – games – and aims to “nurture lasting relationships with fans.”

In May 2021, Gucci also opened the Gucci Garden on Roblox, a virtual experience to complement a real-world installation called Gucci Garden Archetypes, which took place in Florence, Italy. Vogue Business revealed that people could “mingle with others exploring space and purchase digital pieces created in collaboration with the creator of Roblox Rook Vanguard.”

With exposure to Roblox’s more than 43 million daily active users, it’s easy to see why brands are leaping at the chance to stand out.

But that’s not all. The metaverse offers another unique opportunity for digital marketers: a new way to collect data and understand user behavior. A survey shows that 65% of Gen Z consumers spent money on a virtual item, such as a character modification or specialized gear, that only exists in the game.

Today, no borders are forbidden to digital marketers. But metaverse or not, marketers must design interactive experiences that generate commitment and thus forge authentic relationships.