new options to manage the order of publications 2020 -

new options to manage the order of publications 2020 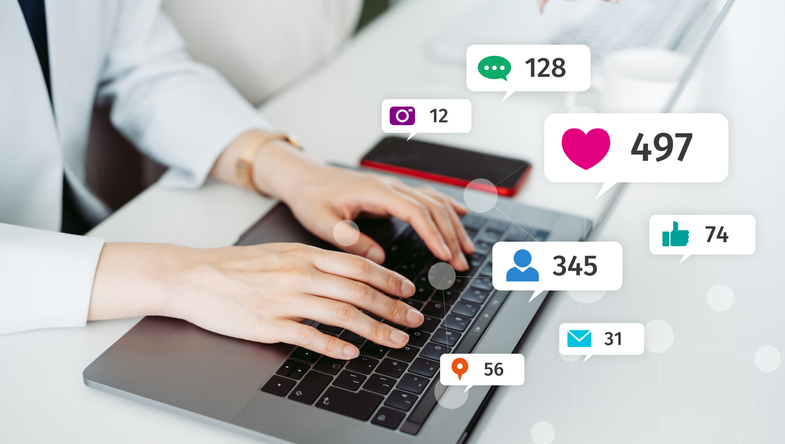 What if you took over control of your Facebook news feed ? To provide more choices for users, the platform now allows them to determine how they want their posts to appear. These options began rolling out in mid-October. The vast majority of users now have access to it. What are the changes in this update? Focus on the new options seen by the digital agency YATEO …

Facebook’s algorithm in the background

When you open your app or go to your Facebook account from your computer, posts are immediately shown to you. How were they selected so far? This is not a magic trick or a coincidence. The social media giant relies on a powerful algorithm who determines what are publications that may interest you most, based on the pages you visit regularly or your recent searches.

The objective is to give you access to personalized content, closest to your needs, interests and expectations of the moment. If this selection made by the algorithm has the merit of allowing users to enjoy content that interests them without making any effort, it nevertheless relegates certain posts to oblivion.

By performing this sorting by relevance, based only on current preferences and searches, the algorithm can thus make the user miss important posts: the marriage of an old friend lost to follow-up, the death of the father of a former colleague with whom contacts had been reduced, the move of a childhood friend found by chance on Facebook, etc.

Until now, by giving priority to the recurrence and frequent nature of the latest searches, the platform has forgotten the news that users would still have appreciated knowing. Relevance ranking is now just one option among many.

With updating of features specific to the Facebook news feed, the platform gives a semblance of power to the user, who can now have a choice in how the posts will appear. It is indeed possible for you to select new options, outside of the traditional relevance ranking, which will determine how you want your posts to appear.

The return of chronological order

One of the options offered by Facebook brings users back to the early days of the social network. If you want to see the publications of your contacts, without any preference, in antecchronological order, then you just need to click on “Settings”> “News Feed Settings”> “News Feed Preferences”> “Recent”.

This return to basics allows access to recent publications, without the Facebook algorithm intervening, or very little. You can therefore follow the life of each of your contacts, without any sorting by relevance being done. However, this is what is announced.

It is nevertheless legitimate to doubt the total absence of interference from Facebook in the order of presentation of the publications. The platform announces in fact that the content of the news feed will be identical, but simply classified in an antecchronological order … Know, anyway, that this new option exists.

A possibility of classification by favorites

For news addicts from their favorite friends, a new option is offered to Facebook users. This is the “Favorites”. You can find this preference in “Settings”> “News feed settings”> “News feed preferences”> “Favorites”. By selecting this choice, you will not miss anything from the posts of your favorite page or your best friend ! The classification of publications is also based on an antecchronological order.

You can define 30 pages or profiles to follow as a priority. All the content associated with these contacts will then appear in a good position in your news feed and will be recognizable thanks to a small star. If you unfortunately missed today’s posts, don’t worry, Facebook has thought of everything! A special tab allows you to access the publications of the last three days of your favorite contacts.

Mixed opinions on the benefits of updating the newsfeed

While it is true that this new way of classifying publications gives the user the feeling of both regaining control over their account and to not miss anything that is published, the changes were not positively received by everyone.

For those who have indeed a large number of contacts, it is very likely that a purely antecchronological classification without any preference mark will come. drown important posts in a flood of secondary news. For others, these new options are a way of allowing the user to have a choice and not to systematically entrust the Facebook algorithm with the sorting to be operated.

The fact that Facebook wants to offer users a certain latitude in the management of their news feed anyway, there is good news!