The 10 most bewitching brand posts on Facebook last week 2020 -

The 10 most bewitching brand posts on Facebook last week 2020 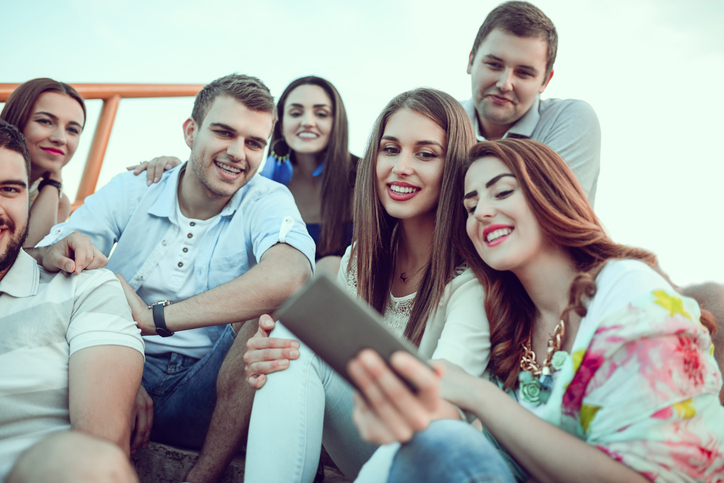 Like every week, we have prepared for you a top 10 of the best publications published on Facebook by brands. What brands have charmed the Facebook algorithm? The answer in this article !

Last week was marked by the start of Roland-Garros, the cinema release of the latest Star Wars, the Champions League final and Mother’s Day. Have the brands warmed up enough to tackle these major sporting events? Was the priority rather on Mother’s Day? We will surely have some answers in this top 10! 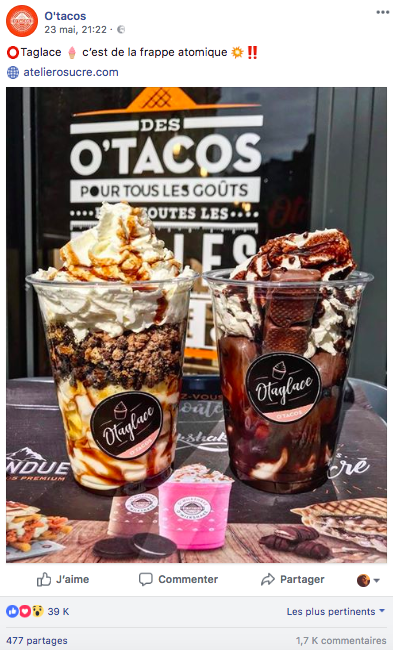 O’Tacos is preparing for summer in the best possible way by highlighting OTaglace this week. After having conquered its community in the field of salty, the brand is embarking on sweet and it is a success already assured on Facebook! More than 40k interactions for these 2 very enticing ice creams! ?? 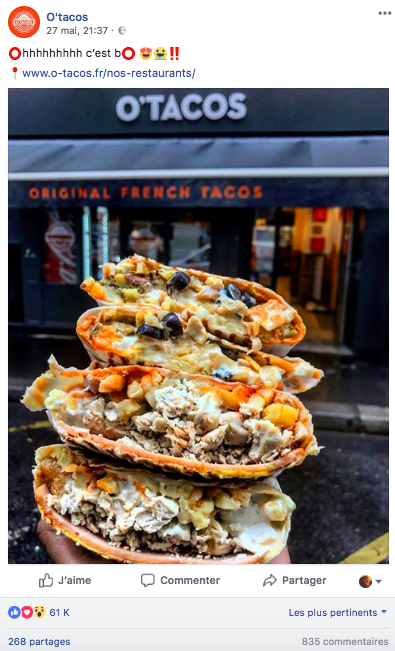 It is 11am and you are hungry? O’Tacos anticipated everything and posted this visual consisting of 4 tacos in front of the brand. It doesn’t take much to make fans of the brand salivate: a good quality photo, the product highlighted and voila! ?? 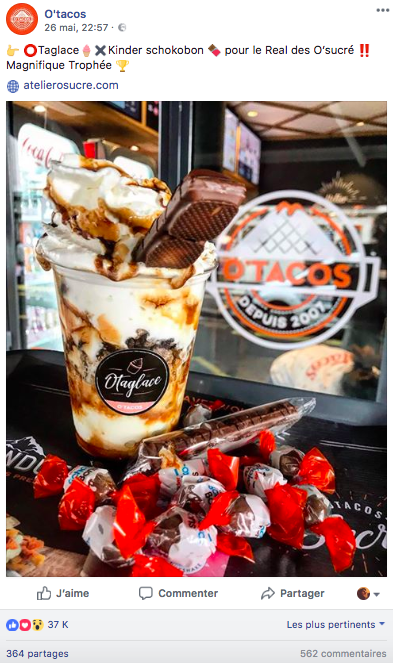 O’Tacos is in great shape this week by positioning 3 of his posts on the podium! The mechanics are the same. A visual in front of one of the signs which highlights one of the products, in this case the O’Taglace once again! ✌ 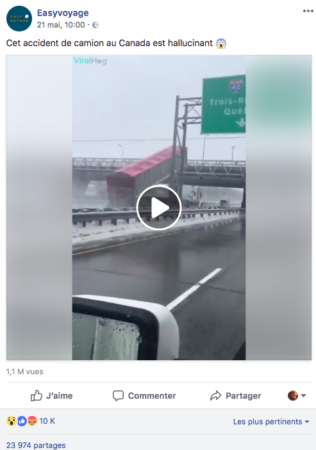 After the chairlift that got carried away in Georgia a few weeks ago, Easyvoyage is performing this time with a new “WTF” scene coming from Canada. We see a truck on the highway violently hitting a footbridge. ? Tons of sand are spilled and we can say that the driver of the car filming the scene was very lucky! More fear than harm, no one was injured in the accident. 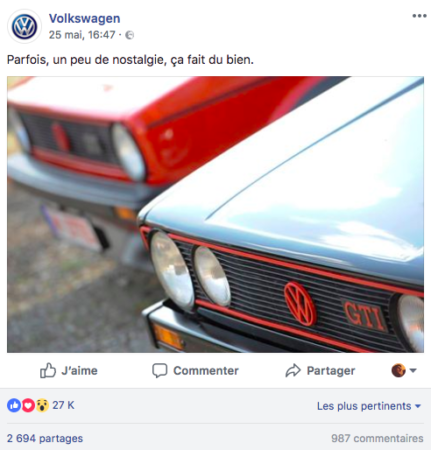 Automotive brands are scarce these days. Volkswagen marks the occasion this week with this visual showing the front of one of its retro models. The least we can say is that there are a lot of nostalgic fans of the old models with more than 30k interactions! 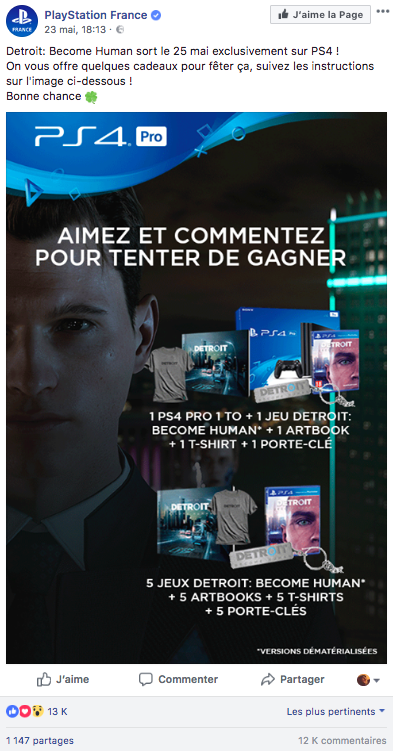 A post competition that only came 6th in our top 10, it has been a long time since this happened. On the occasion of the release of the game “Detroit: Become Human”, Playstation organized a competition with many prizes to be won. Over 25K interactions: clean, efficient. ? 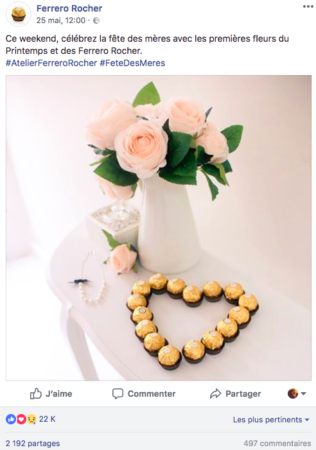 Ferrero Rocher can claim to be the best brand to celebrate Mother’s Day! You had to think about forming a heart with the mythical chocolates! ??? 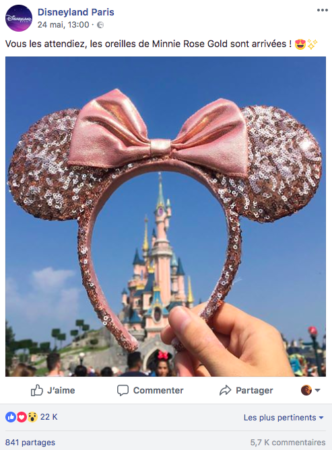 Undisputed fans of the magical world of Disneyland Paris will tell you: the must-have item of the month was the “Rose Gold” version of the Minnie headband! This new version had already been released in American Parks and arrived in England. The opportunity for the CM to mark the occasion with this visual! 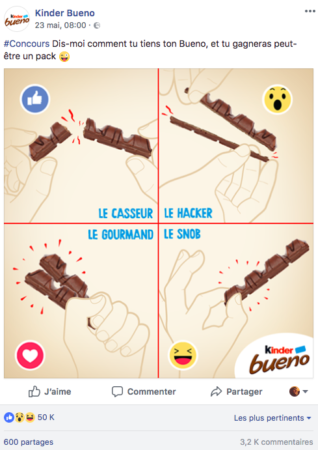 The Community Manager of Kinder Bueno was very smart this week with this visual which encouraged fans to react according to the way they hold the flagship of the brand. With more than 50k entries, “THE BREAKER” wins! 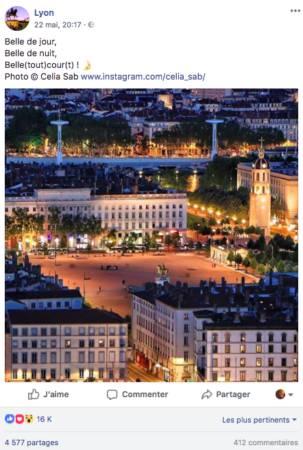 We finish the top in style with this visual of Place Bellecour in Lyon, the fifth largest in England. What more can be said ? ?