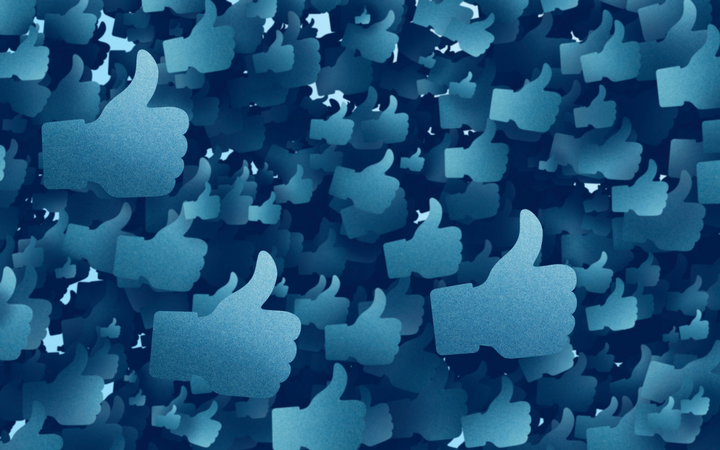 It has become a weekly refrain, we offer the branded Facebook content that generated the most interactions!

For us, who operate on social networks, creating content that will systematically generate interactions on the part of our community is wishful thinking. User newsfeed is a joyful mess, which, without becoming inaccessible, is not easily offered to our posts. 100% social media and thematic groups cannibalize brand audiences. Users always have more contacts who publish themselves, and the platform tends to restrict the reach of page publications. So the attention competition is clearly raised on Facebook. That’s why we’re showing you the content that got the most user interaction in the last week.

As in previous weeks, I used my social media monitoring tool to get the best content from a pool of 1,000 brands publishing in French. So I suggest you take a look, because even if it doesn’t directly affect your industry, best practices can still irrigate your own Facebook content strategy.

If you also missed the branded content that generated the most interaction in the past week, it’s not too late to catch up.

To establish this top 10 of the publications which generated the most interactions, I naturally took the sum of these to establish a ranking. If the bias of the indicator can be discussed, it seems to me that it is the one that allocates the best enhancement of the virality of a content, and to highlight the good levers that we can replicate.

With a video of less than 20 seconds, Easyvoyage takes the lead in the ranking of the most successful publications of the last week. An experiential video that plays on the regional imagination associated with the Camargue, and which has generated more than 64,000 interactions. 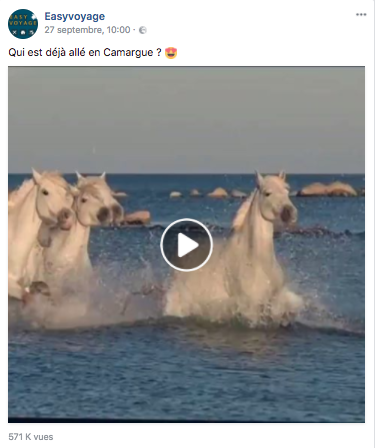 The flight and travel comparator places a second publication, this time photographic. He points out that users of the social network often look for simple content, consistent with the attention time they give to a publication in their newsfeed, and which surprises, amazes or changes their minds. 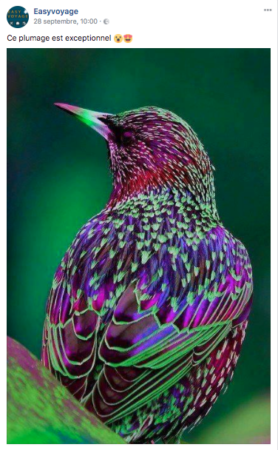 The annual release of the new FIFA soccer game is always an event. PlayStation fits into it by pushing the information (exit from the game & availability on the console), while offering a contest to its community, with obviously the mechanics aimed at developing the reach of the publication . 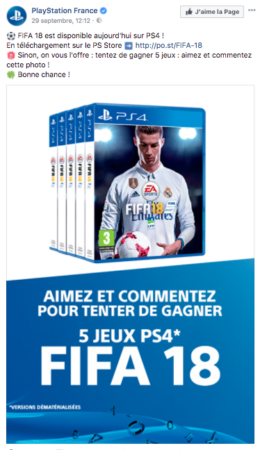 The clothing brand that offers graphic t-shirts uses these as real posts, playing on the very culture that its community is fond of. 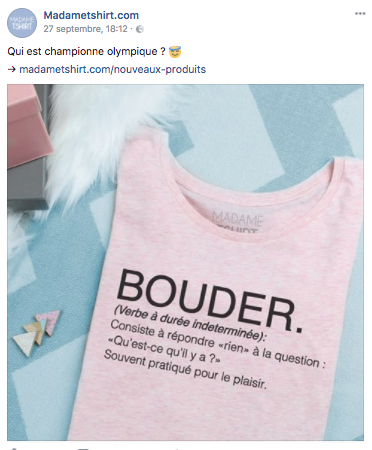 If the aesthetics of the publication is questionable, Materiel.net systematically obtains substantial volumes of interaction on its contests. The mechanics of viralization of the content are respected and the editing is congruent with the spirit of the French gaming community. 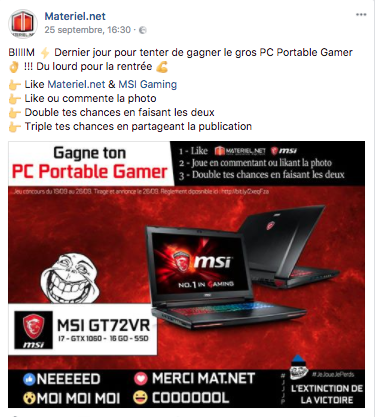 Cdiscount is accustomed to the codes of culture even on Facebook. Here, its publication is based on the logic of publication congruent with “times of the day”, waking up and difficulty getting out of bed, in this case. 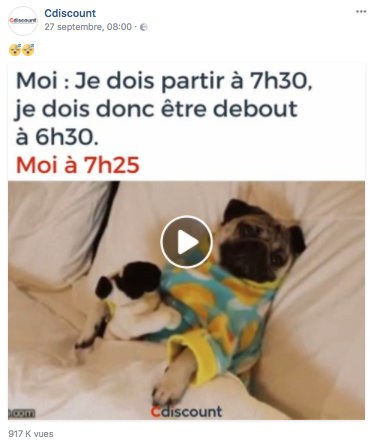 The brand makes a perfectly executed recipe video, respecting the codes of the food media (Superbon, Chefclub, 750 grams, Tasty, etc.): mobile friendly square format, vertical shooting, all while not forgetting to position its product and redirect to his blog of recipes (> 6000 clicks). 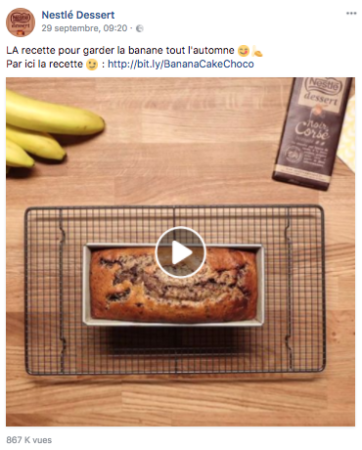 Following the example of Cdiscount above, Pureshopping stresses the importance of being part of the uses and practices and especially the “moments” of its community, allowing to vary its content strategy. 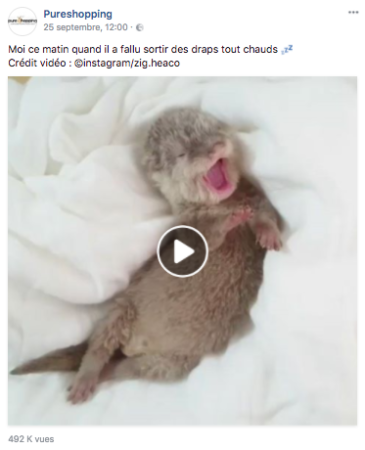 The fast food chain presents its 2kg gigatacos while inviting users to mention themselves in the comments. A great way to create homemade video content by positioning something out of the ordinary.

The AXA “community” page regularly presents innovative projects with a strong social dimension. Its informational publication closes the top 10 with more than 21,000 interactions.

See you next week for a top 10 branded content with the most interactions!