The challenge of Google reviews for business 2020 -

The challenge of Google reviews for business 2020 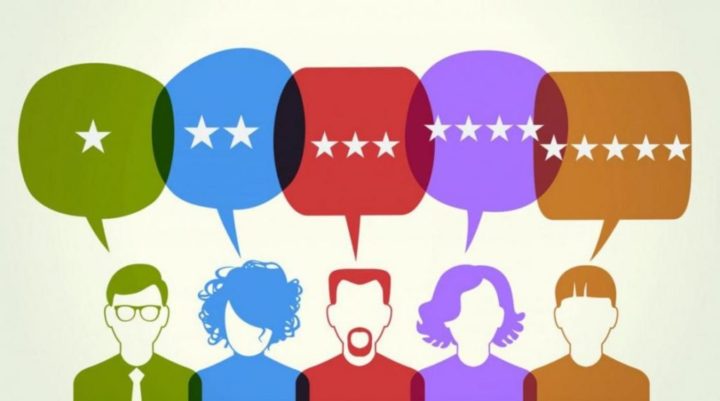 Launched in 2014, Google My Business is gradually gaining ground in all businesses, whatever their size. This free service aims to simplify local referencing of companies who have a physical address and welcome the public. One of the features of Google My Business ispublication of customer reviews. The buyer can leave a note and appreciation about a company whose services he has experienced or purchased the goods …

Since the advent of Google My Business, consumer reviews are much more visible than before and have a real impact on the buying behavior of potential new customers. Although most companies see a real advantage in terms of local SEO and visibility on the internet, Google My Business reviews often become an additional burden and an ongoing threat to their brand image.

A real challenge for companies

An important part in the purchasing process 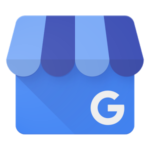 In the era of new technologies, information goes faster and further. While a few years ago customers shared their opinions with two or three people in their immediate circle through word of mouth, they now have the opportunity to pass on their shopping experience to thousands of Internet users.

With one click, everyone can access hundreds of information. Companies have understood the importance of having a brand image on the web and they are striving to create a real showcase of their establishment on the internet. We can’t dispute the importance of Google reviews in consumer buying behavior.

According to a study, 96% of internet users pay attention to ratings and reviews and almost 90% consider them useful and influential in their purchasing process. In the presence of a negative comment, a potential consumer may be tempted to abandon his purchase, this is what happens in 93% of cases. Conversely, a positive opinion can have an incentive value to buy.

Consumers pay more attention to concrete testimonials from other customers rather than ratings, which often remain very subjective and abstract to them. These potential customers are suspicious and seek to know the experience of the other before a purchase to avoid any scam or unpleasant surprise.

Beyond a simple testimony, the opinion of the client plays a big role in the referencing of the company. A person who notes and adds a review to a company account inevitably gives him weight. The advice, good or bad, will be used to convey information, to deploy it to a wider network.

A simple opinion left by a client works on the reputation of the company on the internet and acts as real advertising for the brand. We can then say that this notice page is the equivalent of a billboard for the company, in digital version. However, this advertisement is built from customer experience and can therefore be both positive and negative. Consumers will therefore place more importance on customer reviews rather than an advertisement which they know perfectly well the marketing aim and the hypocrisy which can hide behind.

The customer recognizes the opinion as authentic and credible and manages to identify itself in the experience of the consumer who left a testimony of his purchase. We are a long way from the classic marketing strategy which seeks the incentive to buy without taking into account the possible disadvantages of the product.

The plurality of opinions and testimonials is a strategic asset for the company. They do not hesitate to encourage their customers to express themselves on their products in order to generate more activity on their page and, consequently, improve their referencing. Google My Business works like a social network and thus puts Branding within everyone’s reach, without requiring a substantial budget.

The inconvenience caused by Google My Business reviews

The influx of negative opinions

Many companies have created their Google My Business accounts in the hopes of improving their visibility on the internet. This service offered by Google allows physical businesses of all sizes to extend their customer networks and to make themselves known beyond a limited geographical limit.

One of the problems that companies frequently face is the influx of testimonials and negative ratings on their establishment and their brand. As said before, Internet users attach particular importance to negative opinions which can go so far as to dissuade them from buying a product or accessing a service.

We observe that a dissatisfied Internet user tends to expose his experience much more easily than a satisfied customer service or property sold. This finding, although harmful to the reputation of a company, is the result of natural behavior. A satisfied customer will not have the reflex to leave an opinion since this satisfaction which the company gives him will seem logical and ordinary to him. Conversely, a disgruntled customer will remain resentful towards the company which has injured him and will not hesitate to harm him in return, with the means at his disposal.

Since then, the balance will inevitably tilt towards negative reviews, creating an imbalance and afflicting the company with a bad reputation that she doesn’t necessarily deserve. This recurring problem forces companies to check reviews regularly. They must be as responsive as possible in their responses and quickly establish a dialogue with the dissatisfied customer to find a solution.

Digitization aims to bring people together, but it has also unintentionally produced the opposite effect. While it is possible to have an instant conversation with a person who lives on the other side of the world, being in front of a screen can also create in the Net surfer an impression of distance. It is this distance from reality that will allow the emergence of a feeling of invulnerability in some people. Protected by their screens and their nicknames, these Internet users harm others without the slightest scruple and completely free of charge.

Google My Business is not spared from what is called today the “trolls” which prevail without real motive. Businesses often find it easy to spot them among real customer reviews, but there is no way they can do anything to remove those comments. These opinions are published by people who have never benefited from the service of the company, but who simply seek to spread a negative image with other Internet users. An act of gratuitous wickedness which unfortunately does not go unnoticed and which must be answered as quickly as possible.

Google My Business offers a review moderation service, but a testimonial cannot be censored if it is not defamatory or insulting. It is therefore impossible to permanently delete an opinion that has been proven to be illegitimate. Companies are therefore forced to manage these difficulties alone with the limited means at their disposal.

Some companies seek to engage in dialogue with these Internet users, in desperation, to convince them to delete this notice or simply to point out that they do not appear to be customers of the company. An often vain attempt, the “trolls” avoiding discussion and negotiation at all costs.
Google My Business reviews then come as an added burden and a huge barrier to building a positive and solid reputation. Powerless in the face of the development of these fake reviews, brands are reporting them to Google and can only patiently wait for the verdict.

Google My Business appears to be a real revolution in SEO for companies and considerable progress for the visibility of brands on the internet. However, the downside was not long in coming and businesses suffered from the inconvenience of customer feedback.

If Google already offers solutions to counter the “bad buzz” that can create a too large influx of negative opinions, the system is still not optimal. Companies face an obvious lack of control over notices before they are published. The moderation policy lacks rigor, thus allowing false opinions to proliferate. This problem undeniably relates to the issue of internet freedom and clearly demonstrates how the opinion of a user can have an influence on the life of a company, its sales and consequently its turnover.