The future of live tv and facebook, trends and news 2020 -

The future of live tv and facebook, trends and news 2020 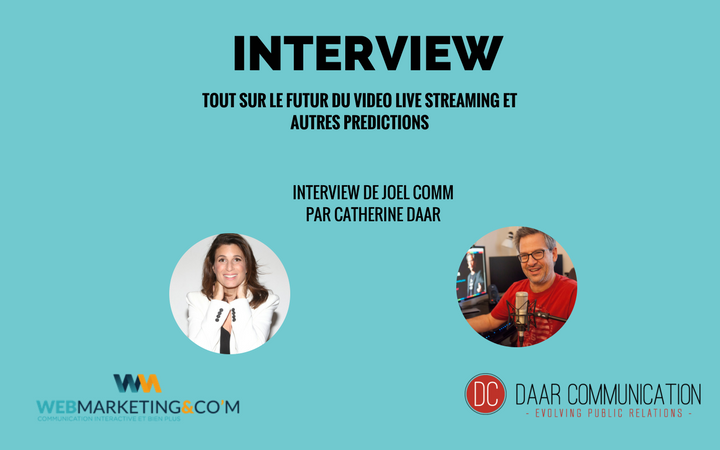 Video – [INTERVIEW VIDEO] “Everything about the Future of Live video streaming and other predictions” with Joel Comm – May 8, 2017

This interview should not be missed under any circumstances. When you type “Joel Comm” on Google, the first result is its Wikipedia page. Impressive! But normal, because Joel Comm has been a legend of Anglo-Saxon marketing for more than 20 years…

Joel Comm in a few points

To know everything about him, go to his website. There is also a great infographic that describes his journey in a funny way.

In this interview, we will talk about:

Replay of the interview

For those who like to see replay with the possibility of putting a higher speed, watch the replay on YouTube:

Click on the photo below to receive the resources we talk about in the show and reminders for the next live shows.