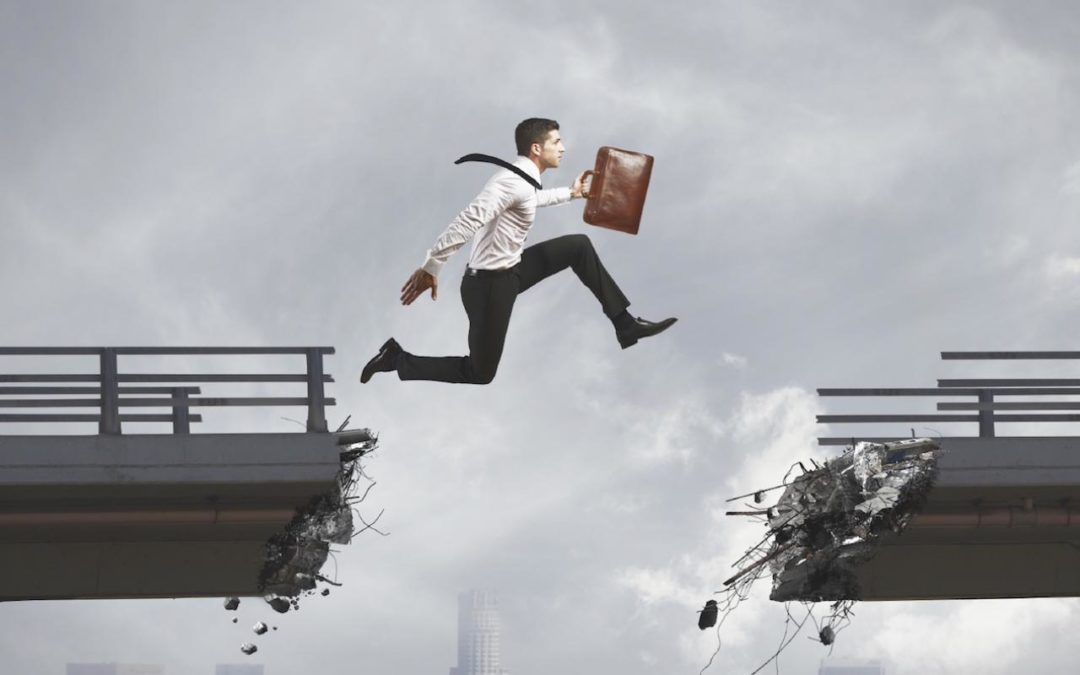 Of the aspects to take into account to carry out a successful business the psychological is, without a doubt, the most complex and difficult field to change. In CWT Advertising we tell you how to overcome the fear of losing and continue in the race towards the desired goal

It was 3.18 in the morning. That Tuesday night he found Juan more awake than ever.

I have to be able to relax – I would ruminate incessantly over and over again without getting it. While obfuscated he walked side by side the queen size bed, which he had bought with the last bonus of the end of the year, he tried to avoid the images and words that tormented his mind.

The bed had been a gift for Carola, his former girlfriend. His only love, whom he had lost just a few months ago. It was silent and without screaming. An unusual break Carola just looked at him for a long time, smiled bitterly and left. In that look Juan understood. He understood everything he had tried and concealed for more than 10 years.

Why start a story with entrepreneurship and business?

Because the story is the closest and most real fictional story available in the literature. With plain language and brief structure, the stories contain characters full of simple, close stories. Stories like those of so many, like those of everyone.

And in the search for collective knowledge, songs, stories, paintings, legends, sayings, sayings and a host of professions and gadgets arise, trying to solve the greatest questions of humanity. One of them is fear.

For Freud, there are two types of fear. One is the one that warns the body of an eminent danger or threat. It is a biological response of the body that activates the brain region of the amygdala, which is responsible for an individual having a rapid reaction to move away or face the feared object or situation. It should be noted that fear, when it comes from a real problem, is a protective agent of the human being whose mission is to raise adrenaline levels to act correctly.

The other type of fear, which most people name and date, is psychological or neurotic. It is that feeling that occurs when a person is ahead of the facts and hypothesizes results, mostly negative and discouraging, that paralyze and prevent action.

Being in the field of imagination, these fears are unreal and most of the time the person is afraid of something that does not really exist. Hence its irrationality and its harmful and impossible character of full development in all areas of people’s lives.

A paradigmatic example observed in all areas is the fear of losing, and its most common feature is the lack of initiative to start a project or activity. This cancellation of the desire to do causes passivity and anguish.

The clock never lies. The closed night still had no trace of the first sunbeam and Juan, evicted, sat up abruptly. He cursed loudly for having turned on the light at once and walked down the hall to the refrigerator. He closed it as fast as he opened it and with nothing in his hands he sat in front of the computer.

There is always an unanswered email, a pending task to do that makes long insomnia nights more passable. But it was not the case with Juan. He simply couldn’t turn his attention away from the ideas that roamed his head.

He remembered, for example, the first day he saw Carola walking his dog through the square. Carola was different from the others, she laughed out loud like the boys, she owned her days and nights, her cries and her sayings. Carola was free and that’s why she was happy.

Juan, on the other hand, was a slave to his postgraduate degree in business, and his incipient and promising career in a corporate system. He had his own apartment and a veil of tar in his eyes, the singer-songwriter from Madrid would say.

Richard Sennet, an American sociologist, writer and teacher, raises the need to lose the fear of losing or failing to build a society that adapts to the cultural and social changes that technology imposes in the best way.

To do this, he urges the young students who go through his chair to continue creating companies even though they do not entail, in principle, relevant economic returns, but that over time they can step on the chosen market.

The Sennet initiative is not only advice to present generations, but a whole example of life. His great passion, as a child, was to play the cello but an accident completely truncated him to achieve his goal.
Living without fear that again a negative event tarnish his ideals renewed his enthusiasm and turned all his energy into a work area where he could capitalize on his knowledge and knowledge: sociology.

The first meetings had been exciting for both. Between malbec and chocolates, Juan discovered that he wanted to be a science fiction writer. But that journey through fantastic literature quickly became forgotten and became an anecdote of its good times.

Routine, accounts and obligations do not forgive anyone, and Juan was no exception.

The relationship then entered into a sentimental purgatory, an inertia of love. They had a stable present for a future that was not going to be. And Carola knew it but Juan didn’t want to listen.

That night, however, Juan opened a blank sheet of his Word and began writing. It was a novel, and science fiction

Keys to overcome the fear of losing

When a baby less than one year old is taking his first steps, he knows innate and naturally that he must fall many times before taking firm steps. Every stumble that takes you straight to the floor gives you more confidence to keep trying. Until finally one day he achieves the great feat.

This same process, which everyone has gone through in his childhood, occurs to learn to speak, to ride a bicycle, to write, to play ball or elastic and, ultimately, for every important moment of life.

The strange thing is that when they reach adults, people seem to forget the necessary path to achieve their goals and believe that they should do so without ever stumbling.

In the acceptance of errors and revaluation of them lies the first stage to overcome the fear of losing.

It is true that to win you have to know how to lose, but the right thing would be to know how to lose with intelligence. This means not making impulse decisions, but making a detailed list of the variables involved in the execution of the business plan drawn to reduce the most common errors and thus focus on the desired goal.

The risk is part of the entrepreneur’s life, to assume it is just to take away the fear

Not every activity generates the same passion and desire in all people. Being able to determine what is the stimulus that will give strength to the concrete steps of entrepreneurship is a very important resource to lose the fear of undertaking.

This occurs because positive feelings neutralize the power of fear and relegate it to a low priority place. That is, thinking and feeling positive emotions connect you with the path of realization and enjoyment.

Knowing the market through a research survey, being aware of technological developments, designing a business plan adapted to the particular situation of the person who starts the project are tools that enable successful management and in turn allow neutralize the negative aspects that They can present themselves and see them clearly to solve them.

Famous people who successfully faced the fear of losing

Joanne Jo Rowling, known for being the writer of the renowned Harry Potter saga, initially had to overcome many obstacles to reach the top. The most important of them was a severe depression with suicidal ideas that left her without work, separated and in the care of her daughter, in addition to the uncertainty, fear and unease caused by mental pathologies. But, far from being frightened, Rowling capitalized on his negative experience and his deepest fears and transformed them into legendary characters such as dementors, Death Eaters and magicians.

She is currently one of the British women with the greatest fortune and worldwide influence and a positive precedent of how to face fear helps to achieve personal and business success.

Gates never managed to finish his university studies at Harvard because his restless mind and his passion for computer science were going faster than traditional studies. In adolescence he met Paul Allen and they had a great friendship. Together they faced a new business that ended in a resounding failure, leaving Bill as a consequence decayed and hesitant.

After a difficult period he resumed his eagerness for entrepreneur and founded Microsoft, along with his partner Allen, a company considered one of the largest and most fruitful in the world.

Today, Bill dedicates most of his free time and his fortune to philanthropy, and found in others a pleasure and fulfillment that he would not have known if he had not lost and failed before.

The star of the grana blue football was born in Rosario and already as a child two qualities were noted: the love for the round from which he did not separate or to run errands, and a tireless tenacity. His dream was to play football first and in the national team. At age 11 he was diagnosed with a growth hormone deficiency, which explained his short stature regarding the parameters of his age. After two rejections in clubs in Argentina he traveled to England to continue the treatment paid by Barcelona. For entire nights he had to give himself the injections in his legs, overcoming his fear that genetics prevented him from playing professional football. This personal effort was what allowed to lay the foundations to be able to realize their ideals.