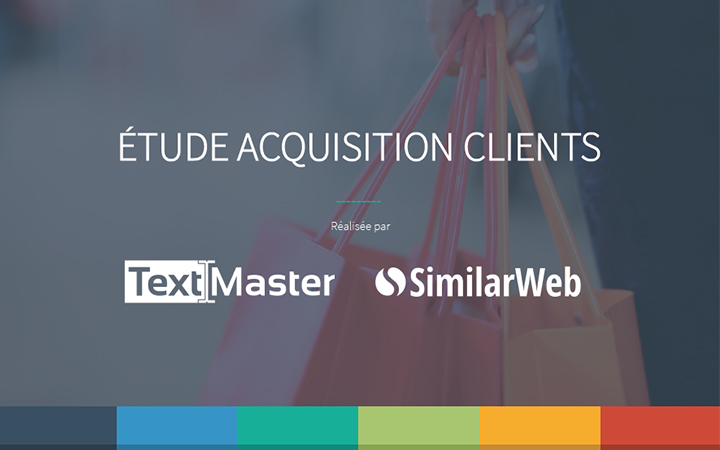 With as many choices as possible – paid traffic vs organic content, advertising, social media, etc. -, marketers are often challenged to identify the channel with the best return on investment. The task is all the more difficult when companies develop their activity abroad, where consumer behavior can be completely different …

The customer acquisition study by TextMaster and SimilarWeb is one of the few to collect international data on the effectiveness of different marketing channels in the United Kingdom, the United States, England, Germany and Italy. Data was collected using 4 main SimilarWeb sources: over 100 million controlled devices, Internet Service Providers (ISPs) worldwide, web crawlers and hundreds of thousands of websites and of connected apps.

The results showed that direct traffic was the most popular source for gaining new visitors, demonstrating the importance of brand awareness and memory for consumers. Search and referral traffic came just after, which means that SEO still plays an important role in attracting consumers – in the same way as public relations activities – to generate more back links in media coverage.

By observing data from the three sectors with a strong online presence – fashion, apps and news & entertainment – the results show that the majority of visitors come first from search traffic, followed by direct and referral traffic. Many visitors also reach news / entertainment sites through social media.

Facebook is not surprisingly the most popular social network among all. In contrast, the second and third most popular sites differ significantly by industry. Reddit is in the top 3 of all industries, while Twitter is popular only for mobile development and news / entertainment. Pinterest generates the third highest traffic for fashion sites, which shows the importance of visuals in this sector.

Both the mobile development and news / entertainment industries owe most of their visitors to organic search traffic. The paid search is however useful in the fashion sector since it represents 13% of site visitors.