It was a summer day in 1933 in Berlin. Hedwig von Restorff, who completed his doctorate in psychology at a young age of 27, had just published the results of his research in the famous Gestalt journal Psychologische Forschung. Did she know at the time that her research was going to revolutionize marketing at the end of the 20th century and especially in the 21st century?

That, thanks to his research:

In a moment I will show you these surprising results and how you can put them into practice on your site or that of your client.

And the best: The implementation of this technique often takes only a few seconds.

This is the second article on the application of behavioral economics research on conversion optimization and persuasion. In the first article, you learned how visual tracking methods, which can be implemented in no time, can help you increase your sales by 57% or the CTR on your Adwords ads by + 25%.

What is it about ?

Imagine for a moment that I give you a shopping list. You look at it quickly and you see nine items written in black and one item written in yellow. You go shopping, but when you get to the store you realize you have lost the list.

If you try to remember the items on the list, which will come to mind first? Certainly the one that was written in yellow.

Most people remember the element written in yellow because the isolation of this element by the unexpected contrast immediately leaves an impression over time.

We can summarize the results of von Restorff’s research, which some also call the insulation effect, as follows:

Isolation of a class=”hps”>article on a background crowded or homogeneous facilitates the learning of this element isolated.

Why is this effect so powerful?

Von Restorff has demonstrated that the eye and the brain are constantly on the lookout for breaks in habits.

May they be colors that stand out in design, unusual shapes, a completely unexpected course of action, for example in a video, upside down photos, etc.

Always something that goes against the habits and expectations of your visitors.

Before presenting the three very concrete examples (and that I quoted to you above), with supporting evidence, I ask you, without looking at the top of this page, which of the 3 elements comes most easily to you in mind ?

Because I used an unusual color for this blog (dark blue) to highlight this element.

Here’s what you can do:

1. How to get your readers remember the brand you put forward without any hesitation?

These videos were so widely shared by celebrities on social media, that Old Spice even filmed video responses to some of these celebrities to thank them (for example here at Demi Moore). The viral effect was phenomenal.

All of these campaigns have one thing in common: they use the von Restorff effect.

Another advertising campaign that successfully uses the von Restorff effect (75 million views to date) concerns the new generation of Volvo trucks with Jean Claude van Damme. Look at the beginning and the “break in habits” that occurs when the camera backs up:

Now, you are going to tell me: I cannot afford to create “breaks in habits” of this magnitude!

Either, but you can for example:

Which brings us to an application of the von Restorff effect where it is particularly suitable and powerful: increasing clickthrough rates (CTR), either on announcements, calls to action, or important links.

In this example of a real estate ad site in the Netherlands, a mortgage advertiser uses the image of a house upside down in their ad. All the other images, which correspond to real estate advertisements, have the photo in the place.

Result: A 230% increase in click-through rate compared to the same ad with the image in place. 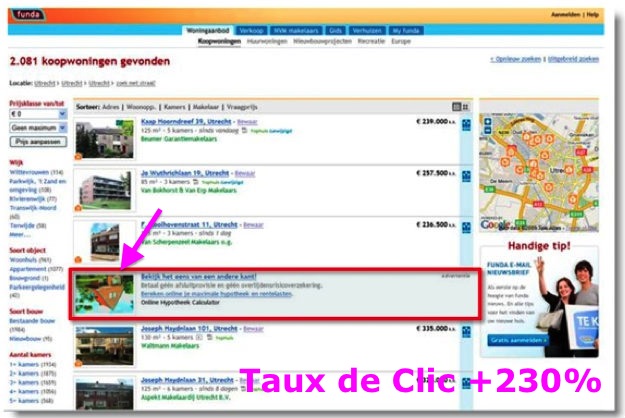 3. Guide the eyes and attention of your readers to this Call to Action as if you put a magnet on it.

Here is a study of eye tracking (a technique that uses eye tracking systems, also called eye tracking) on ​​different versions of a home page of a US site offering truck towing and repair services.

In the original version you find on the left a call to action that merges into the text (“Call now” with a phone number) and a “No Fees” icon in the middle of the page which stands out with a color different. 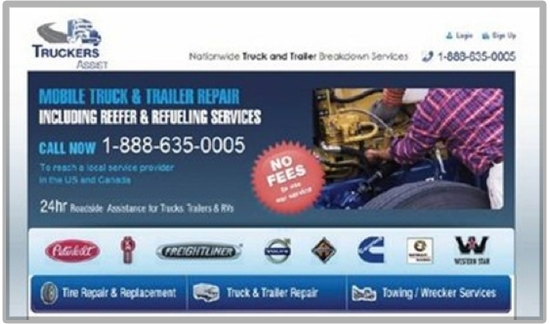 Here are the results of eye tracking (eye tracking): The gaze is mainly attracted by the icon in the middle which stands out with a different color as well as towards the top left of the page (which is a position often looked at in first on any web page because this is the usual place to start reading).

You can see, however, that the eye is most attracted by the different color in the middle, and almost not by the call to action. 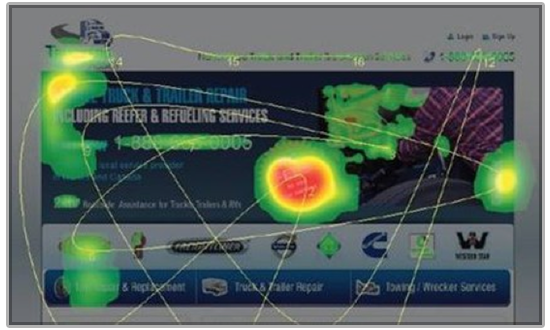 The first modified version introduces a new photo (with a truck in red which stands out from the colors of the rest of the page) as well as a clearer call to action at the bottom left of the page, on the other hand with a color that does not does not stand out much from the background: 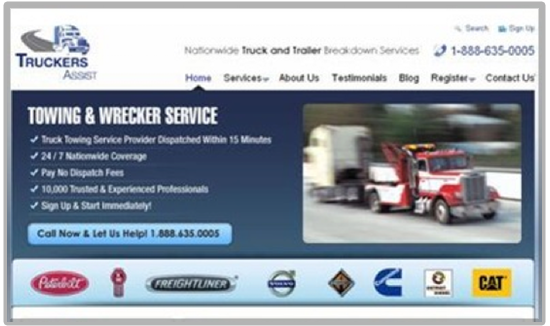 Eye tracking again shows a visitor’s attraction for the image of the red truck, the start of the text, as well as the logos that stand out for their colors. 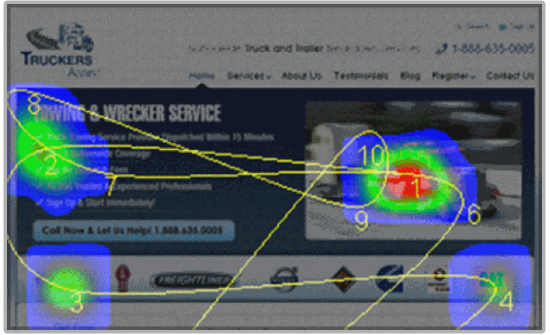 The second version of the page introduces three major changes:

Look at the result now: Finally, much of the visitor’s attention is directed to the call to action. 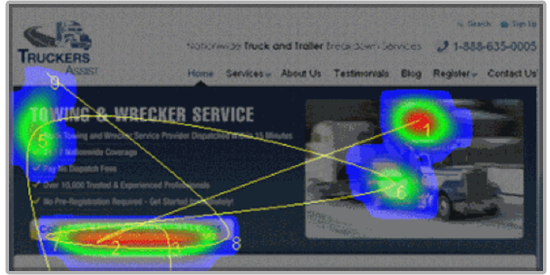 What can we learn from this example?

Pay close attention to the use of colors in your images, and especially to your call to action. Your call to action, or your important links to click, should be distinguish by color which is not usually found on the rest of your page.

So now it’s up to you to put these recommendations in place.

If you are interested in more scientific foundations of the von Restorff effect, I invite you to read this academic paper.

In the next article, I will tell you about the power of decoy offers.

In one concrete example, a decoy offer increased sales by 39.4%, and that is often much more.

In another case, product sales more than doubled in a few days.

And yet in another case, you choose a more expensive product when you don’t even realize it. Unless … if you read the article.

This technique is so powerful, that in general nobody talks about the results achieved.

And yet it is applicable in almost all areas: Online sale of product information, online sale of tangible products, sale in stores, sale of houses (real estate agencies), in restaurants, etc.

The best SaaS sites use it, the best bloggers use it, restaurateurs use it, and, of course, Amazon uses it.

And if you don’t know it, you don’t even realize that this technique was used. But … chances are you’ve spent more.

Now I still have a small request:

Good conversions to you!